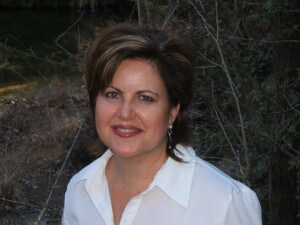 If you live in the northern part of Austin, Texas or even elsewhere, the Williamson County Texas Audubon Group (WAG) is a great organization to further your interests in nature and or birds. I just retuned from a Williamson Audubon Group meeting at the New Church on County Road 245 in Georgetown, Texas. A large crowd, including myself, were entertained by guest speaker and local, award winning wildlife photographer Greg Lasley. Mr. Lasley said he has had his photos published in over 100 books and magazines which include American Birds, Texas Highways Magazine, Wildlife Conservation and many more. His book, Texas Wildlife Portraits was available for purchase and signing. Mr. Lasley’s book is available for purchase on Amazon.com Mr. Lasley showed many photographs of various birds and other Texas wildlife on 2 huge screens so all attendees could see them well. Listeners could hear the Lesser Prairie Chicken recording on his i Phone while looking at its photograph. Lasley said the Lesser Prairie Chicken with their orange sacks on the side of their faces can still be seen roaming in the wild in the northeast Texas Panhandle. Many Native American tribal dances mimic the Prairie Chicken. Other photos included the Screetch Owl, Inca doves, a golden cheeked warbler with its bright yellow head and namesake cheeks, black capped vireo, wild turkey, yellow throated warbler, Least Bittern, and the beautiful Painted Bunting. Painted Buntings have a bright blue head, red throat, bright green below the head and an orange belly and back. Mr. Lasley also had photos of females and immature males which both looked a drab green. He said it takes 2 years for the male painted buntings to mature into their bright colored plumage. I have not yet seen one in the wild but long to! Mr. Lasley has had some interesting experiences on his wildlife adventures. He spoke of a ranch owner who fed wild Harris’s Hawks store bought kidney off of a mesquite tree on his ranch. There were pictures of a Wood Duck with can be seen on Town Lake (Ladybird Lake) and a white tail hawk as seen in McAllen, Texas in the valley. There was 1 soaring adult white tailed hawk as well as a nest of fluffy, downy babies.

Among the non-bird photos was a jackrabbit, coyote, Mexican ground squirrel, armadillo, Pallid bats roosting, an alligator at the Aransas National Wildlife Refuge, a painted damsel fly, a black saddlebags dragonfly, a blue faced ring tailed dragonfly, an Ebony jewel wing (black) dragonfly, a wolf spider carrying its babies, a flame skimmer dragonfly, a Toothpick grasshopper, a long jawed spider with a dusty dancer damselfly caught in his web, a beautiful red Mayan dragonfly, a praying mantis photo taken through a Macro lens, a South Texas Queens butterfly, a migratory American Snout butterfly, a Banded Peasant dragonfly, a Rock Rattlesnake, a Luna Moth in Luling, TX, a Texas horned lizard, a Texas Spiny Lizard, a red-eared slider turtle, a Texas tortoise and a 6 foot Texas Indigo snake which are known for eating rattlesnakes. This goes to show that most birdwatchers, like myself, are nature lovers. Many of his photographs were very unique and artistic showing just an animals head, part of a tortoise’s shell or only a section of a Wild Turkey’s plumage.

My 25 minute drive from Leander, Texas to Georgetown, Texas and back was nice down the new section of Ronald W. Reagan Boulevard (Parmer Lane). It felt like you were miles and miles from nowhere since there was no traffic. You can join the Williamson Audubon Group (WAG) by signing up on Meetup.com

April 12. 2010 at 7:00pm at the NewChurch Georgetown, TX the Guest Speaker for the Williamson Audubon Group will be Richard Kostecke, PhD of The Nature Conservancy. I am amazed at how much the people in this group know about birds. I am hoping to be able to identify all the birds in my Texas backyard! In looking at my personal, signed copy of Greg Lasley’s Texas Wildlife Portraits, I think I can almost narrate through most of the book after the presentation tonight. Hopefully I can hold my grandkids attention that long! LOL

Contact me at (512) 785-5050 or by e-mail to learn more about the Williamson Audubon Group or about buying or selling a home, lot or ranch in the Williamson County or Austin area. 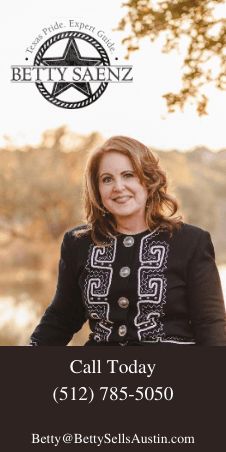